If you have commercial volumes of plastic that you are looking to recycle we may be able to help. Please review the following questions before contacting us or send these details by email so we can be of more assistance.

We welcome your inquiries!

As Responsible Care Director, Stephen provides leadership across Dow Alberta Operations in the areas of Environment, Health, Safety & Sustainability. Stephen is engaged in upholding compliance for all external and internal requirement with a focus on Dow’s top priority: keeping people, the community, and the environment safe in all areas of Dow operations within Alberta.

Stephen joined Dow in 2000. Stephen has served in multiple roles including Maintenance and Reliability Engineer, global Reliability Engineer, Project Manager, and Maintenance Leader. In 2016, Stephen moved to central Alberta to serve as the Site Maintenance Leader for the Dow Prentiss site, followed by a return to Fort Saskatchewan in 2018 as Turnaround leader for the Northern region of Dow North America including Dow locations in Canada and upper USA. In 2020, Stephen transitioned into his current role as Responsible Care Director for Dow Alberta Operations.

Stephen holds Bachelor of Science and Master of Science degrees in Mechanical Engineering from the University of Alberta. Outside of work, he supports Dow community engagement efforts including Habitat for Humanity, previously serving as the Habitat ambassador for Dow Alberta Operations. Stephen is also an active member of the Canadian Ski Patrol in the Edmonton Zone. He is married with two children ages 12 and 14.

As Sustainability Strategic Ventures Manager, Wendy focuses on Circular Economy initiatives across NOVA. This work recognizes the value in post-use plastics and works to extend the lifecycle of plastics products and packaging through innovative practices and initiatives.

Wendy joined NOVA in 1999. She has worked in multiple areas of the company including Finance, Operations, Commercial and Sustainability. In her current role Wendy, provides leadership to developing and realizing NOVA’s Circular Economy aspirations. Wendy has also served on the Board of Directors of the Joffre Cogen Joint Venture for the past 10 years, representing NOVA in overseeing the operations of Canada’s largest cogeneration power plant.

Wendy holds Bachelor of Commerce and Master of Business Administration degrees from the University of Calgary. She is also a Chartered Accountant and a Project Management Professional. Wendy is based in Calgary, AB. 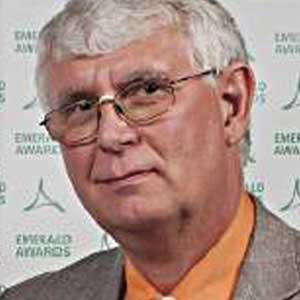 Tom Moore is the Commission Manager for the Westlock Regional Waste Management Commission in Westlock Alberta and owner of Tom Moore Consulting. Tom has over 15 years of experience in Policy and Bylaw Development, and H&S program development and management.

Tom has 11 years of experience in the waste management field. Tom was the landfill manager during the 2011 wildfire that burned up one third of the residences in the Town of Slave Lake and Municipal District of Lesser Slave River. During the cleanup Tom’s initiative was to recycle as much material as possible as well as be as environmentally responsible as possible, an estimated 80+% was recycled. Tom received the Alberta Emerald Award for his efforts in this challenge.

Tom is active in Alberta Coordinated Action for Recycling Enterprises (CARE) as chairman and a board member with the Northern Lights Chapter of Solid Waste Association of North America (SWANA). Tom has served on the APRA Board since 2019.

Dan Morrison is a Supervisor, Sustainability at Inter Pipeline, with a degree in Industrial Ecology and currently working on an MSc in Sustainability. He spent 15 years in the environmental consulting world until 2013, when he joined Inter Pipeline.

He is a committee member of Plastics Research in Action, the Plastics Alliance of Alberta and sits on three working groups with the Alliance to End Plastics Waste. Dan is highly committed to advancing the circular economy.

He spends his spare time camping, skiing, biking, and hiking with his wife, seven year old son and dog.

Dave retired from his position in May 2021 as Sr. Advisor – Environment at NOVA Chemicals. Dave provided environmental leadership and support across the company and to industry associations representing chemical and plastics manufacturing and research in North America. He engaged in environmental policy and program development involving the federal and provincial governments, industry groups and NGOs.

Dave has over than 31 years of environmental, health and safety experience within federal and provincial governments, consulting, domestic and international gas pipeline and chemical and plastics manufacturing businesses. Dave has been elected a Fellow of the Chemical Institute of Canada and is a recipient of the Frank W. Bachelor Award for Service to the Chemical Profession, Chemistry Industry Association of Canada’s President Award, Canadian Plastics Industry Association’s CanPlast Award and NOVA Chemicals’ Excellence In Responsible Care® Award.

Dave served as President of APRA for 21 years and is a Director of Rockyview Gas Co-op and Past-President of the Canadian Society for Chemistry. Dave lives in a rural community near Calgary. 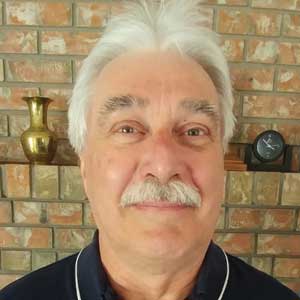 Bryan Sullivan is a Mechanical Engineer who worked for Dow Canada for over 25 years in various capacities at the Fort Saskatchewan site as well as special projects in the United States, the Middle East, Europe and other parts of Canada.

Bryan’s career also led him to his passion for managing and recycling plastics. He is one of the founding facilitators of APRA and has been a board member since the mid-90s. He retired from Dow in 2008 and lives on a small farm near Gibbons, Alberta.

Darryl Wolski is the Purchasing Manager for Merlin Plastics. Merlin Plastics is a processor of post-consumer and post-industrial plastics, taking them from commodity resin to engineering grade across Canada and the USA.

Darryl’s career history is broad, covering various specialties in solid waste and recycling over the past 22 years. He started his career with the City of Airdrie as the Solid Waste Coordinator. Darryl was one of the cofounders in the startup of e-Cycle Solutions, an electronics recycling processor in Airdrie, AB. Darryl is also committed to volunteering; he has been on the Recycling Council of Alberta Board for 10 years, including two years as president, on the Beverage Container Management Board for 3 years, and the Alberta Plastics Recycling Association Board for the past four.

Dan Zembal has over 25 years of management and leadership experience in waste management and recycling. He is an active environmental champion and has served on numerous boards, committees and organizations that promote and facilitate environmentally sustainable solutions. Dan is the founder and owner of Alberta Waste and Recycling, a Calgary-based company focusing on providing innovative, cost-effective construction waste and recycling solutions and facilities in southern and central Alberta. He is also co-founder/co-owner of PolyAg Recycling, a recycling company that processes agricultural plastic waste in Alberta and Saskatchewan into PCR pellets. Dan has a Masters of Public Administration from the University of Victoria and has won numerous awards for academic excellence.

Dan has played a key role in the development of recycling programs, services and policies for the Construction and Demolition industry in Alberta. As an innovator, his company Alberta Waste and Recycling, was one of the first recycling businesses in Alberta to successfully recycle asphalt shingles and drywall. Dan was recognized by the construction industry as one of its “Movers and Shakers”. His company received the Recycling Council of Alberta’s 2011 Rs of Excellence award for Leadership in C&D Recycling.

You got to be passionate about what you do.